We are removing all kinds of aircraft actuators from our aircraft. We have actuators in stock from Boeing 747, Boeing 737NG, Boeing 757, Airbus A320, Airbus A330 and Airbus A340.

All our parts come with a clear trace to last operating airline including a clear Non-Incident Statement (NIS).

Our SV/OH/RP aircraft actuators are having a dual release (EASA Form 1/FAA 8130) with a 6-12 months guarantee.

Our AR aircraft actuators will come with a Repair Guarantee (GR).

We have more than > 300 aircraft actuators in stock.

Examples of our aircraft actuators:

Are you looking for an aircraft actuator with a specific partnumber? 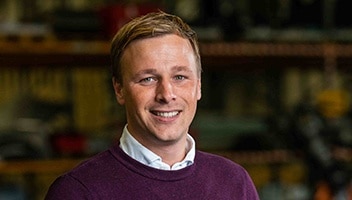 I love to sell aircraft actuators

Actuators in aircraft play a vital role for flight and control; often their operation ensures the safety of the aircraft and every passenger on board. You may not have thought about it much, but if you step onto a plane, you are putting your trust in a linear actuator. Actuators are used in landing gear, flaps, and, in the military, weapons systems.

In the past, airplanes have been fitted with hydraulic actuators. Airline companies are beginning to fit airplanes with electric actuators, because of better technology and more reliability. These heavy-duty linear actuators are manufactured to stand up to high pressure, peaking sometimes above 5,000psi. Because they are very close to the ground at high speeds, they must be built incredibly strong so they are not damaged by debris that is kicked up by wheels.

In addition to extending and retracting, these actuators can pitch and lock. Because the weight of an aircraft makes a big difference in its ability to fly effectively, they are made from lightweight, reliable materials.

These linear actuators for planes, also known as ‘flap actuators,’ are located on each wing. They are used to maintain efficient flight at low air speeds. A flap actuator is mounted on the aircraft wing with a screw that rotates. When the screw turns, it activates the flap, moving it up and down accordingly.

Large aircraft, such as commercial aircraft, need to maintain air speeds during landing, which the wings are not designed to support. As the aircraft slows down, the wings can no longer create enough lift to keep the aircraft in the air. To counter this, retractable flap actuators are placed on the outside edges of the wing to change the surface area for low speeds.

The role of a linear actuator is not just industrial. People rely on them every hour of every day. If there is a plane in the air, whether commercial or military, you can bet they are putting their trust in an actuator system.

I want a quotation
Buy our aircraft actuators