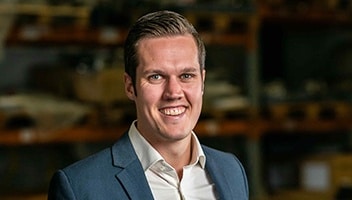 I love to buy aircraft

Rotary aircraft engines have the cylinders in a circle around the crankcase, as in a radial engine, (see above), but the crankshaft is fixed to the airframe and the propeller is fixed to the engine case, so that the crankcase and cylinders rotate. The advantage of this arrangement is that a satisfactory flow of cooling air is maintained even at low airspeeds, retaining the weight advantage and simplicity of a conventional air-cooled engine without one of their major drawbacks. The first practical rotary engine was the Gnome Omega designed by the Seguin brothers and first flown in 1909. Its relative reliability and good power to weight ratio changed aviation dramatically. Before the first World War most speed records were gained using Gnome-engined aircraft, and in the early years of the war rotary engines were dominant in aircraft types for which speed and agility were paramount. To increase power, engines with two rows of cylinders were built.

However, the gyroscopic effects of the heavy rotating engine produced handling problems in aircraft and the engines also consumed large amounts of oil since they used total loss lubrication, the oil being mixed with the fuel and ejected with the exhaust gases. Castor oil was used for lubrication, since it is not soluble in petrol, and the resultant fumes were nauseating to the pilots. Engine designers had always been aware of the many limitations of the rotary engine so when the static style engines became more reliable and gave better specific weights and fuel consumption, the days of the rotary engine were numbered.

While military fighters require very high speeds, many civil airplanes do not. Yet, civil aircraft designers wanted to benefit from the high power and low maintenance that a gas turbine engine offered. Thus was born the idea to mate a turbine engine to a traditional propeller. Because gas turbines optimally spin at high speed, a turboprop features a gearbox to lower the speed of the shaft so that the propeller tips don’t reach supersonic speeds. Often the turbines that drive the propeller are separate from the rest of the rotating components so that they can rotate at their own best speed (referred to as a free-turbine engine). A turboprop aircraft engine is very efficient when operated within the realm of cruise speeds it was designed for, which is typically 200 to 400 mph (320 to 640 km/h).

Turboshaft aircraft engines are used primarily for helicopters and auxiliary power units. A turboshaft aircraft engine is similar to a turboprop in principle, but in a turboprop the propeller is supported by the engine and the engine is bolted to the airframe: in a turboshaft, the engine does not provide any direct physical support to the helicopter’s rotors. The rotor is connected to a transmission which is bolted to the airframe, and the turboshaft engine drives the transmission. The distinction is seen by some as slim, as in some cases aircraft companies make both turboprop and turboshaft engines based on the same design.

Reaction engines generate the thrust to propel an aircraft by ejecting the exhaust gases at high velocity from the engine, the resultant reaction of forces driving the aircraft forwards. The most common reaction propulsion engines flown are turbojets, turbofans and rockets. Other types such as pulsejets, ramjets, scramjets and pulse detonation engines have also flown. In jet engines the oxygen necessary for fuel combustion comes from the air, while rockets carry oxygen in some form as part of the fuel load, permitting their use in space.

A turbojet aircraft engines is a type of gas turbine engine that was originally developed for military fighters during World War II. A turbojet is the simplest of all aircraft gas turbines. It consists of a compressor to draw air in and compress it, a combustion section where fuel is added and ignited, one or more turbines that extract power from the expanding exhaust gases to drive the compressor, and an exhaust nozzle that accelerates the exhaust gases out the back of the engine to create thrust. When turbojets were introduced, the top speed of fighter aircraft equipped with them was at least 100 miles per hour faster than competing piston-driven aircraft. In the years after the war, the drawbacks of the turbojet gradually became apparent. Below about Mach 2, turbojets are very fuel inefficient and create tremendous amounts of noise. Early designs also respond very slowly to power changes, a fact that killed many experienced pilots when they attempted the transition to jets. These drawbacks eventually led to the downfall of the pure turbojet, and only a handful of types are still in production. The last airliner that used turbojets was the Concorde, whose Mach 2 airspeed permitted the engine to be highly efficient.

A turbofan aircraft engine is much the same as a turbojet, but with an enlarged fan at the front that provides thrust in much the same way as a ducted propeller, resulting in improved fuel efficiency. Though the fan creates thrust like a propeller, the surrounding duct frees it from many of the restrictions that limit propeller performance. This operation is a more efficient way to provide thrust than simply using the jet nozzle alone, and turbofans are more efficient than propellers in the transonic range of aircraft speeds and can operate in the supersonic realm. A turbofan typically has extra turbine stages to turn the fan. Turbofans were among the first engines to use multiple spools—concentric shafts that are free to rotate at their own speed—to let the engine react more quickly to changing power requirements. Turbofans are coarsely split into low-bypass and high-bypass categories. Bypass air flows through the fan, but around the jet core, not mixing with fuel and burning. The ratio of this air to the amount of air flowing through the engine core is the bypass ratio. Low-bypass engines are preferred for military applications such as fighters due to high thrust-to-weight ratio, while high-bypass engines are preferred for civil use for good fuel efficiency and low noise. High-bypass turbofans are usually most efficient when the aircraft is traveling at 500 to 550 miles per hour (800 to 885 km/h), the cruise speed of most large airliners. Low-bypass turbofans can reach supersonic speeds, though normally only when fitted with afterburners.

I want a quotation
Buy your own aircraft engines